Welcome to a new, to the healthiest you, you've ever been in your life!

What do I offer?

What should the dinner be today?

Why Setain is WORSE❌ than 🍖Meat!

if I was in a survival situation on a desert island, I'd much rather eat a chicken than Seitan, knowing it's way more nutritious to the body, I'd rate meat like 2-3 / 10, whereas Seitan is like MINUS INFINITE! But of course, wherever you may be in life, wild plants are always around us, and are undoubtedly the best free food and medicine as well!

This will blow your mind!

Let's start with understand what exactly this nowadays very popular meat substitue is?

In one short sentence, it is the protein (gluten) found in wheat. it’s made from washing all the starches out from a regular dough, and what remains is all the protein, which people call seitan – This name already has a kinda negative ring to my ears, kinda like ‘satan’ – maybe it’s only me, apparently, its name originated from japan, and it just means “raw protein”, but we are here do discuss what exactly it does in the body and why I say it’s way worse than meat!

If water is present these two proteins reacting with one another cause the well-known elasticity of any dough made from wheat flour. I mean it’s literally in its name as well: “glue“.

Do you like eating glue? It sticks to the intestinal wall, making the body work super hard to push it all through. Food (energy) should flow nice and light.

12-24 hours is the optimal time for any kind of food to pass through the digestive system, and guess what, it’s not gonna happen if you are permanently clogging yourself up, cereals for breakfast, a croissant for brunch, pasta for dinner, a few sandwiches during the afternoon cause you feel so tired without eating for a couple of hours that you couldn’t function as a human being otherwise, and perhaps finishing up the day with a well-deserved takeout, desserts, baked goods, waking up in the middle of the night to munch of some sticky cheese whatnot… horrible… frequent eating so overrated, we gotta slow the f*ck down.

All this food is just being push on top of one another, making it hard to go on the toilet, sometimes food sits there for days, undigested, and we wonder where all the trouble came from? FROM HERE! From years of junk!

Anyways back to the interesting part:

Gliadin the part of Gluten which is is water-insoluble.

Gliadin is made up of → mainly Glutamine and Proline amino acids.

Glutenin is made from → Similarly as Gliadin, but a higher amount in Lysine, Glycine, Arginine, Tyrosine…

Long lost short: Seitan does not have a standard amino acid profile thus is not a complete protein (if it gets to the point of being digested; according to an article – linked below – “No human being completely digests gluten”)

So the undigested gluten sticks to the intestinal walls, blocking food, minerals, vitamins absorption, IT LITERALLY PUNCTURES A HOLE in the gut, causing the so-called “leaky gut“.

Gluten triggers a protein called Zonulin which is responsible for regulating the normal and healthy way of food absorption by opening and closing the cell lining of the digestive tract.

I mean the food’s gotta be somehow absorbed by the body, otherwise, it would go straight through us (as most of it does anyway) the actual utilization is very small (thus the reason we actually don’t need a huge volume of food to thrive.) – And is why a relatively slow metabolism is a good and positive thing, slowing down again and so on, more on those in a different article…

So because of gluten, these holes in the gut are open and unwanted proteins and undigested food particles get into the blood, where they aren’t supposed to. This the body understands as like a foreign object and tries to destroy it via the immune system, and gets rid of it as soon as it can. Thus the so-called auto-immune disease where the body attacks its own self…

Biologically, the protein in the grains would serve the purpose of germinating the seed and providing the building blocks for the PLANT, which would be suitable for human consumption afterward, but AGAIN we seem to have forgotten to wait for our turn! When gluten is consumed it causes all sorts of problems, allergies, Celiac disease, Autoimmune disorders, Dermatitis herpetiformis, most of the studies say that “more research is needed“, and it’s safe for those who aren’t sensitive to gluten to eat such foods, I say no, IT’S ABSOLUTELY NOT, every human being is sensitive to this protein.

Just think logically, that’s the plant’s natural defensive mechanism, the plant doesn’t want its seed to be eaten, it wants it to grow and produce new plants.

Observe nature and learn from it, unlike how most people do it the complete opposite way, forcing this materialist, man-made artificial matrix and whatnot onto it all!

No votes so far! Be the first to rate this post. 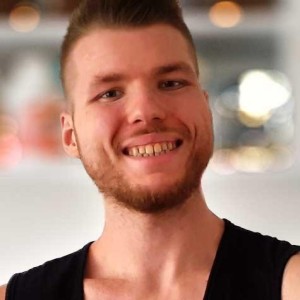 It is shocking even just imagine this destructive process in our body. I’ve always wanted to try seitan but some inexplicable feeling was blocking me to do it. (I believe it was with a reason.) After this detailed explanation I’ll rather skip to try.
Congrat to the article.
Can’t wait for further useful tips.

A WHOLE Day of EATING & REGIMEN, Explained - Part I

Make this instead to your family... - Raw Vegan Spaghetti Recipe

Nr2 w/ Sprouted Buckwheat and Sesame Seeds – Strawberries🍓 and Cherries🍒 for the plaiting – Another Simple Recipe on the menu today, I even recorded it all from a live POV and

Who’d put🍍in their 🌯? – Well I did 😆 and gotta say turned out marvelous 💖 – Also the pineapple will give us some more protein digestive enzymes

One wrap is always to small for my ingredients, so this time I tripled them up 😀 In volume it’s the same as before, but split into 3 and thus

I’d like to dedicate this recipe to ho.blankah since she asked me the other day whether I had a Hummus recipe for her to make, my answer was: “Yes I’ve got one” – It’s quite

Now I haven’t posted any recipe like this even since I started making content, but now it’s time to get into this little series as well, so without further ado

I only send the best of the best recipes of the week, videos, stories, and newest updates, let's keep in touch!